“Remember that writing is not typing.” (Solnit, “How to be a Writer”) 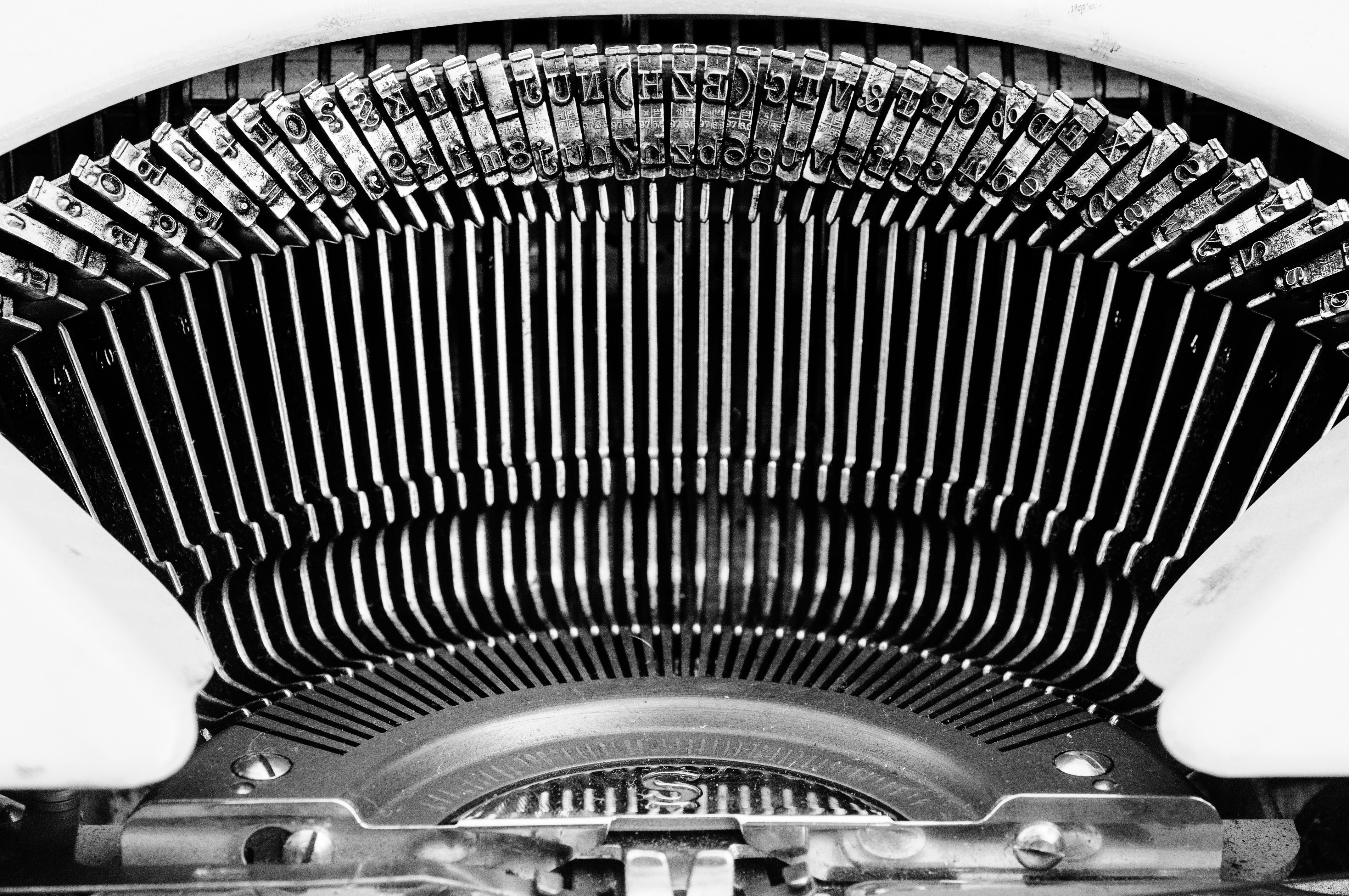 During a rare moment of comic relief this semester, two documents related to US President elect Donald Trump were circulated online.

The first was a YouTube video in which presenter Samantha Bee declares: “People are saying Donald Trump can’t read. Specifically, people on my research staff.”  The “random scraps of evidence” that were “spun into [the] ridiculous conspiracy theory” that Trump is in fact, (allegedly) illiterate included his aversion to using teleprompters, the fact that the only book he ever seemed to be reading was All Quiet on the Western Front, and recordings of his deposition hearing in which he avoided reading on the spot.

The second was a post from McSweeney’s entitled “A Post-Election College Paper Grading Rubric”, in which the A paper “insist[ed] that if the paper does not receive an A the rubric was rigged and the professor, department chair and president of the university [would] be sued” while the F made “dangerous attempts at persuasion using text-based evidence.”

Parallels with student primary research endeavours and modulations of grade harassment (it’s that time of year again) aside, the TV show and mock rubric externalize a genuine concern with student attitudes towards reading and their capacity for writing that lie at the very center of our discipline and teaching practise. While we might chuckle over it, as rhetoric and composition instructors, it strikes at our core.

At the start of this Fall, the Rhetoric and Composition department was given three presentations by Michael Reimer (History), Mona Amer (Psychology) and Ramy Ali (Anthropology) who each spoke about research methods in their respective fields. A colleague who had been away for some time remarked that it was funny that we were still discussing and debating why what we teach into our courses is not transferred by students into their other courses. Apparently, non-Rhet faculty continue to complain that their students can’t write or cite properly. So what kind of writing are students doing in their classes, CORE or otherwise? Is it a problem that other departments in other universities are also facing? If we are asking students to write about pertinent topics (the so-called Big Questions) using a healthy variety of texts, then not only are we are staying abreast of current debates, but we are also teaching them how to think critically, write thesis driven papers and develop information literacy. What could we possibly be doing wrong?

This semester, I have tried to keep track of that amount of typing and writing that I am doing. I found that a lot of the time, I was writing assignment prompts, revising them, updating them, and revising them again after discussing them with students in an attempt to make it as clear as possible to the students what it is that I want them to write. Maybe if we just wrote the paper ourselves they would understand better - but that seemed wrong (as in surely it wouldn’t help them learn if I just showed them how to do it). But in truth, it was too daunting a task. I gave written feedback on essays. I drafted some resolutions, wrote a couple of reports and lots and lots of emails. The kinds of documents we are producing are mirrored by the ones that we receive in our inboxes: an email announcement or message from the Provost or President; minutes from a meeting that we joke no one has read; a statement by a group of concerned faculty; a report about the suggested faculty load points system; a senate resolution; an online form requesting catalogue changes, all of these were drafted, edited, circulated, revised by some one - or perhaps more than one person. The outcry over the tweet from the AUC communications office about the murder of Julio Regini left us wondering - who actually wrote that?

Inadvertently, the articles in this issue allude to the ways in which the digital age may have altered their disciplines (film and journalism in particular), while sometimes putting a kind of strain on their own writing practise. More importantly, the authors acknowledge that the references and distractions offered by the internet have affected student ability to engage with and produce quality research and writing. But according to a study conducted by Lunsford and Lunsford, students are making more or less the same number of mistakes they made in the past (albeit different kinds of mistakes) and are writing more than they ever have (cited in Trubek). They also continue to write by hand, and the best among them, as ever, have their class notes photocopied in the print unit for those who have missed classes. Reading Ray Bradbury’s Fahrenheit 451 this semester, half the students shared their notes as attachments (even though we have been using google documents throughout the semester) and the others sent scans of their handwritten notes to the class whatsapp group. I found that to be a little less ironic than I had expected, and much more reassuring.

How conscious have we become of the digital age in which we are operating as educators? As instructors of a certain generation, we are definitely not digital natives - meaning that each of us will have learned how to write college papers differently to how our students go about it. So how affected have we become by the distractions and addictions that inflict our students? How much do we, as writing instructors, actually write?

The four contributions to this issue work together to highlight what and how faculty are asking students to write in their own classes while at the same time demonstrating that outside of Rhetoric and Composition, faculty themselves have to write and publish their research in order to maintain their credibility as academics and teachers. Terri Ginsberg’s piece explains to those of us who assign films in our courses just what is actually required of a student writing about film, while Ramy Ali validates the importance of what we do. Meanwhile, Firas and Matthew put into consideration the antiquated skills and cultural references that make us able writers and teachers.

In Rhetoric and Composition, we assign RHET 1010 freshmint students 750 + 1200 + 1500 word essays to write (in addition to smaller writing tasks) and in the RHET 1020 class, we assign a 1250 literature review + 2250 research paper totalling at least 3500 words of writing. At this point in life, would it be possible for us to write the same papers that we ask of our students? As educators - researchers, academics and writing instructors, if we are not writing (creatively, professionally, or otherwise), perhaps we should be.