Mrs. Gretchen Gerwe Welch has extensive experience at the US government's senior-most levels and significant involvement with community, non-profit and educational institutions. After thirty-two years in the Foreign Service after a career-focused principally on management and operations, Gretchen retired from US State Department in 2012 after thirty-two years in the Foreign Service. She served overseas in Pakistan, Syria, Jordan, Saudi Arabia, Egypt, the UK, and Washington DC.

Gretchen currently serves on boards of several, not for profit organizations and is a docent at Dumbarton Oaks Museum and Research Center in Washington DC. She graduated from Stanford University Phi Beta Kappa in 1978 with a degree in international relations. She earned a postgraduate diploma with merit in Asian Art from SOAS at the University of London in 2016.  She studied at the American University of Cairo’s Arabic Language Institute 2001-2002. 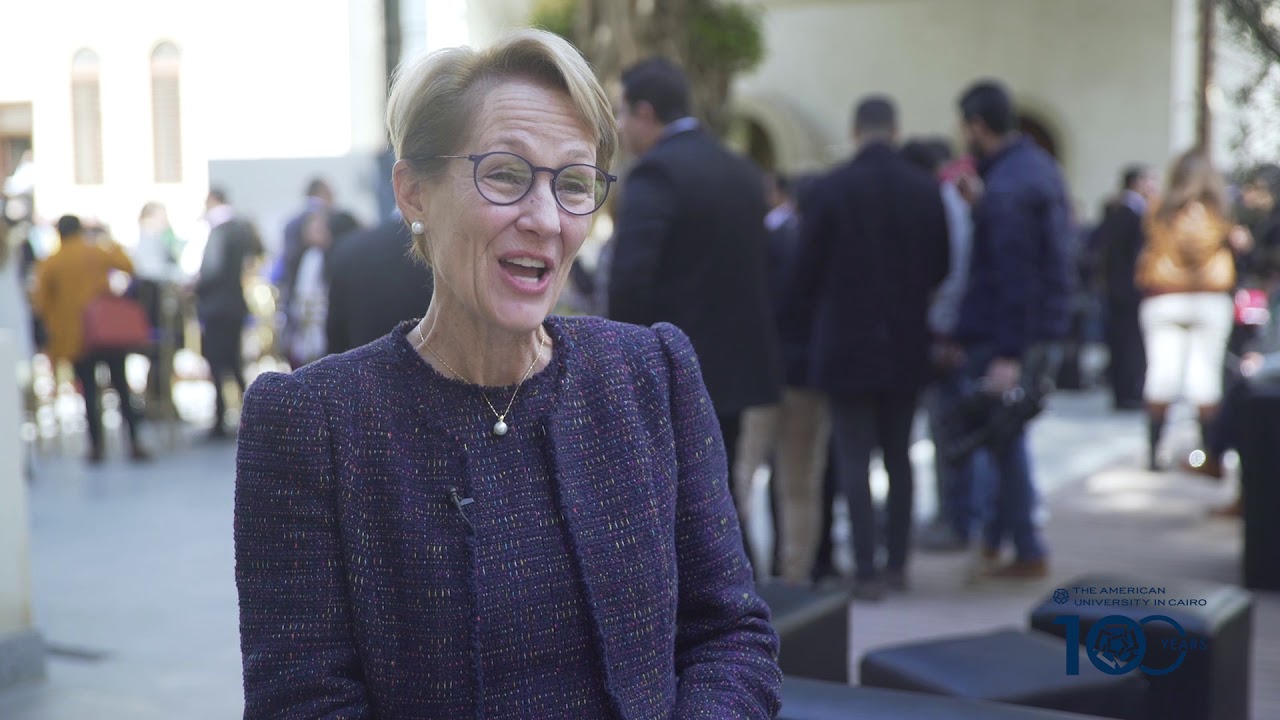 Gretchen Gerwe Welch '02, retired diplomat and AUC trustee, shares why she loves AUC, describing her experience at the University as a student studying Arabic.