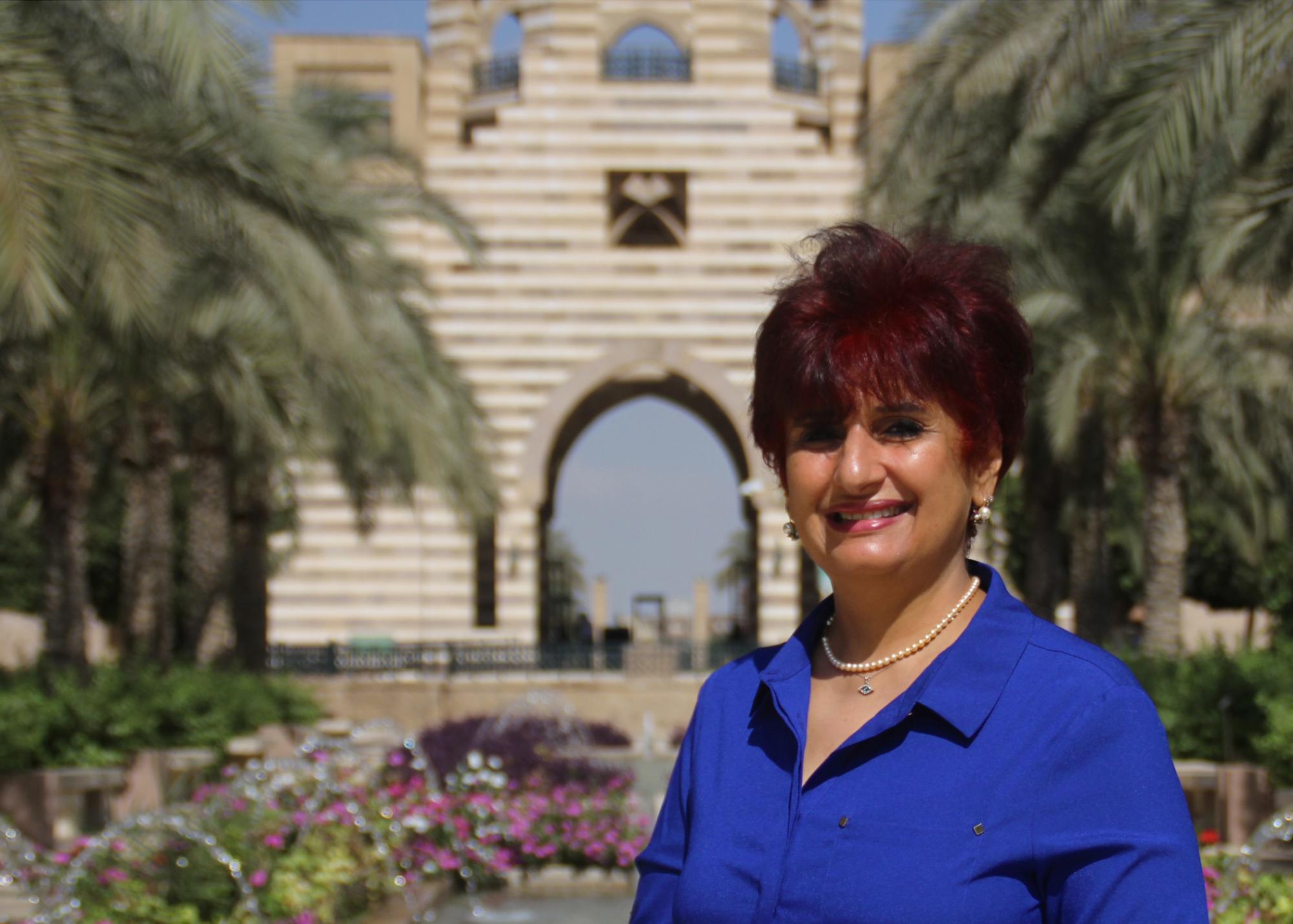 Nehal EL-Naggar obtained her MA in English and Comparative Literature from AUC in June 1989. Right after her undergraduate studies, she started her teaching career. She obtained her PhD in comparative literature from Ain Shams University with Highest Honors and a recommendation for publication and exchange among universities. Her interest in comparative approach did not stop at literature and philosophy but included comparative religion and hence, pursued a diploma in Islamic Studies from AUC in 2008. EL-Naggar has a long life-teaching career; both at AUC and at Ain Shams University.

Teaching literature is more than the words on paper; it’s a cross-cultural endeavor where students become involved in an act of interpretation across space and time. EL-Naggar’s research focuses on cultural connections.

Throughout her career and research, EL-Naggar’s interest was in understanding the forces behind the formation of ideas and beliefs hence the philosophy. Her approach to texts, whether they are literary, philosophical, artworks or books of faith, was scientific - aiming at understanding and exposing what is beyond. During her career as an academic and researcher, she participated in national and international conferences in Comparative Literature, Gender, Studies, religious studies – amongst other. She is a member of Women and Memory Forum. She worked on a project of oral narratives documenting the modern history of Egypt as narrated by leading Egyptian women like Dr. Samha El-Kholy. She also attended economic and development conferences where she interviewed key figures like Mahatir Mohamed of Malaysia. As to teaching at university, she taught a variety of courses including comparative literature, classical and modern literature (Arabic, English and French), literary theory, classical and modern critical theory and culture, Arab women autobiographies, Arab civilization and enlightenment, Feminist literary theory across the cultural divide, storytelling in classical and modern literatures.

EL-Naggar cooperated with the Architecture Department at AUC in a core design studio (AENG 454/4555 Design Studio IV) with Professor Amr Abdel Kawi. Her methodology of teaching is not just teaching the text but to understand the creative drive and the different forces that made it. So it’s a journey of questioning, critical thinking and interpretation.

As of 2010, EL-Naggar is a founding member of the Executive Council of Beit El-Eila where she is the co-head of the Educational Committee. The initiative is a co-operation between the Egyptian Coptic Orthodox Church and Al-Azhar to restore and strengthen national identity. EL-Naggar chose to contribute to the Educational field by adjusting all school curricula (religion, Arabic and social sciences) to include the seeds of national identity and dialogue. She revised all religious texts that are included.