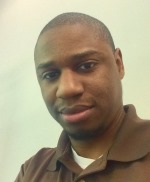 Maurice Hines is an educator and community servant. Originally from Los Angeles, California, Hines grew up in Durham, North Carolina in the United States. He currently serves as a reference and instruction librarian at The American University in Cairo, where he also is a library liaison to various academic departments.

His interests range from archival work and African-American history to Arabic teaching pedagogy, information literacy instruction and educational philosophy in the Islamic context and in the ancient world in addition to African and African American history. He also initiated an oral history project on the North Carolina Muslim community in 2016, and has written and presented on the developing concept of Islamic information literacy.