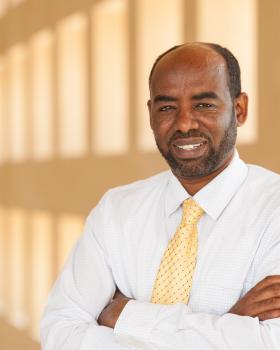 He was the chair of the Department of Public Policy and Administration (2013-2016) and the director of the Masters of Global Affairs (2010-2013). He taught economics and policy courses at Texas State University, Gulf University for Science and Technology, and Southern Methodist University. He also has extensive experience in research areas of peace economics, inequality and economic development. Ali is a member of editorial board for Defense and Peace Economics, Economics of Peace and Security Journal, International Journal of Public Administration, and Digest of Middle East Study, Public Organization Review, International Journal of Peace Economics and Peace Science. Section editor for The Global Encyclopedia for Public Policy and Administration; and Guest editor for Defense and Peace Economics in 2012-2013. Editor of Journal of Middle East Review of Public Administration from 2017.

He has membership on various professional and academic organizations. Ali was a policy analyst in the US Government Accountability office. He is currently a lead consultant to the African Development Bank, and the current president of the Association for Middle Eastern Public Policy and Administration (AMEPAA). Also, Ali is a member of the advisory board of Mahatma Ghandi International Research Center for Conflict Prevention and Management. As an educator, his area of teaching is public policy theories, research methods, economics for public policy analysis and applied quantitative analysis, globalization and development.

He has practical experience on how the government’s agencies operate; he was a researcher at US Government Accountability Office (GAO), where he was a major contributor on various reports to US congressional committees on issues related to US army’s chemical and biological units readiness, farm subsidy programs and FCC regulation of the digital spectrums. Ali worked at Texas Workforce Commission and the Center for Transportation Research in Texas. Also, he is working with parties in Sudan conflict to end the human suffering, democratic transition and reconstruction