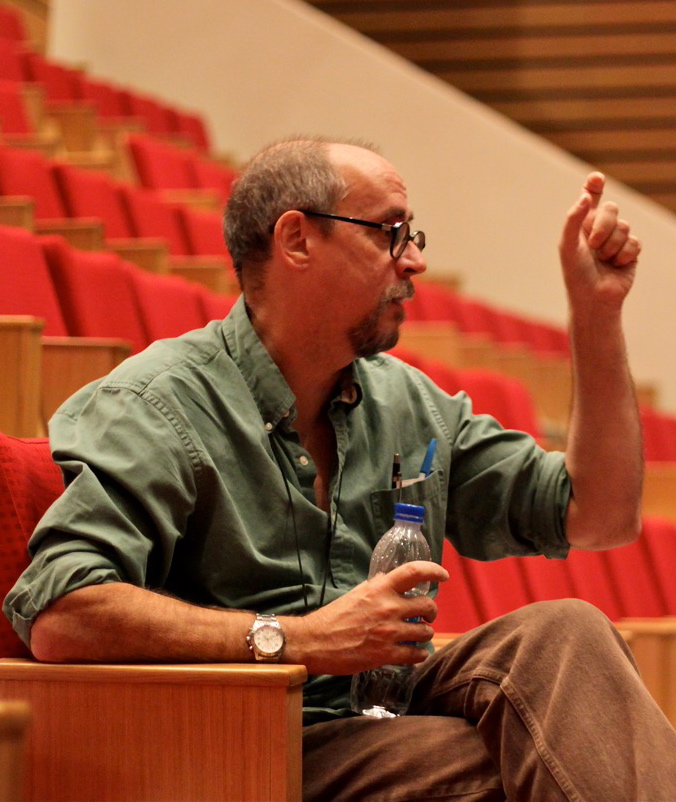 Frank Bradley (PhD Cornell University) is associate professor of Theater who served as chair of the Department of Performing and Visual Arts from 1999 to 2005 and has served as artistic director of Theater from 2009-2012 and 2015-present. He teaches directing, theater history, dramatic literature and acting, and has directed more than 40 plays in Egypt and the United States. AUC directing credits include Resistance (which he also adapted from Barry Lopez’ novel), The Arsonists, Mad Forest, Three Sisters, The School for Wives, The Fever Chart, The Illusion, Family Stories, Six Characters in Search of an Author, A Man's a Man, Antigone, and Abingdon Square. While on sabbatical Fall 2012, he served as Jemison Visiting Professor of Humanities at the University of Alabama Birmingham.  From 2013 to 2017, he served as consulting artistic director for the Falaki Theater on AUC's Tahrir Square Campus. He is on the International Advisory Board for the Marvin Carlson Theatre Center at Shanghai Theatre Academy.