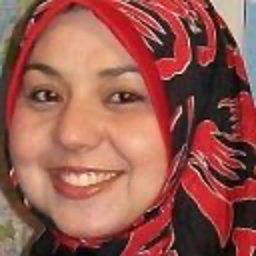 Dina Salah is an assistant professor of Computer Science. She has a total experience of 22 years of teaching in higher education in Egypt, UK and USA. In 2014 she was awarded her Ph.D from The Department of Computer Science, University of York, United Kingdom. In addition, she was awarded two postdoctoral grants one in USA and the other in UK.  In 2019 she was a Fulbright visiting scholar at the University of Alabama, USA and in 2014 she worked as a research associate at the Agile Research Network, The Open University, United Kingdom.

In 2015 one of her papers was selected as the best paper in the 16th International Conference on Agile Software Development in Finland. She was also an invited speaker at the Department of Software Engineering, Belkinge Institute of Technology in Sweden, and at The Open University in United Kingdom. Moreover, she was the chair of two workshops one in XP’2013 conference in Austria and the other in AUCDI2013, University of York, UK.

While doing her PhD, Salah was involved in several extracurricular activities. She was elected twice as the regional representative of Middle Eastern Students, at the International Student Association at The University of York, UK in 2009/2010 and 2008/2009. She was also elected as the chair of The Egyptian Student Union, York, UK in 2009/2010 and 2008/2009. In 2012 as a recognition of her achievements, Salah was awarded the York University Student Union (YUSU) Award for contribution to diversity and The Yorker award for 50 Students who shaped the year (Number 16).