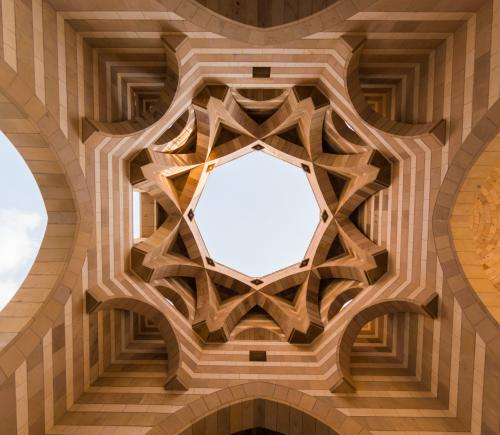 Inscriptions From The Islamic World

Inscriptions in Arabic, Persian and Turkish constitute a remarkable source for the history of the Islamic world. The earliest Arabic inscriptions represent some of our earliest firmly dated Muslim sources for Islamic history, while in later periods inscriptions often constitute unique contemporary evidence for not just the building activities sponsored by rulers and high officials, but also raw historical data such as dates of rulers and events.

Even where such events are otherwise attested, the inscriptions offer us an insight into rulers self-representation through the titles and epithets they use, and thus into contemporary discourses about political legitimacy. Furthermore, Islamic inscriptions are not merely historical sources, but also represent one of the great achievements of Islamic art, adorning both major and minor buildings as well as other media such as gravestones and ceramics.

The field of Islamic epigraphy, despite great progress in the 19th and early 20th centuries, has been rather neglected in recent years, although individual scholars have continued to make significant contributions. Moreover, work has tended to focus mainly on Arabic inscriptions, with those in Persian and Turkish comparatively neglected; the earliest Arabic-script Turkish inscription has only recently come to light. Moreover, although historically the literary and epigraphic traditions in all three languages were closely intertwined, today they continue to be studied in isolation from one another.

The aim of this conference is to give a new impetus to the study of Islamic inscriptions by bringing together leading scholars from the fields of history, art, and language. In addition to the issues raised above, contributions will consider how inscriptions convey meaning through their placement, script, language, and quotations from textual sources ranging from the Qur’an to poetry. It will also consider the purpose and characteristics of bilingual inscriptions.

This conference is organized jointly by the AUC’s Department of Arabic and Islamic Studies, and the Centre for Anatolian and East Mediterranean Studies at the University of St. Andrews. It will be held at AUC's Tahrir Square Campus on September 6 - 8, 2019. The conveners intended to publish selected contributions as an edited volume.

The conveners gratefully acknowledge the support of the AUC vice provost for research, Alaa Edriss, and the AUC centennial fund, as well as the financial support of the Honeyman Trust, the Centre for Anatolian and East Mediterranean Studies and the Institute of Iranian Studies, University of St. Andrews.