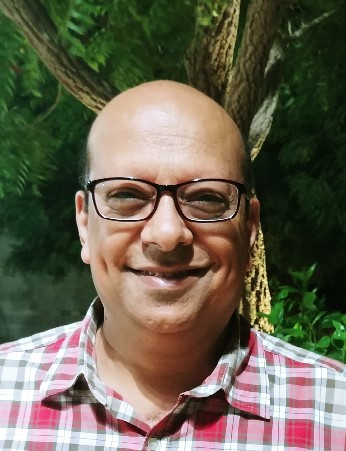 Adel Awad received his PhD in high energy physics in 2001 from University of Kentucky in the United States. In the last year of his PhD, he was awarded the University of Kentucky Graduate School Fellowship, which enabled him to spend this year at Massachusetts Institute of Technology and collaborate with different members of the physics department. In the same year he accepted a research fellow position in the physics department of the University of Cincinnati for two years.

He has received several awards, such as the State Award in Physics (Egypt) 2010, the Misr El-Khair Foundation’s Award for “Publications Award in Physics” 2010 and 2015, the High Impact Research Award, The British University in Egypt, 2016, and the Ain Shams University’s Award (Hussain Abou Al Ela's Award) for the best research in Theoretical Physics 2006.

Awad's research interest covers different areas in High Energy Physics and Cosmology theory, such as: classical and quantum aspects of black holes’ physics and certain problems in Cosmology, especially, dark energy, dark matter and inflation theory. On the other hand, he is interested in various extensions of the Standard Model of Particle Physics.