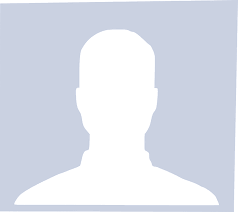 Professor Duker earned his Ph.D. in history from the University of Notre Dame in 2016. Duker is an assistant professor of history. Duker is a cultural and intellectual historian of religious violence and confessional identity in late medieval and early modern Europe. His 2016 dissertation, “Providence Under Pressure: Israelite Identity and Religious War in Early Modern France, 1550-1575," examines the different ways in which French Huguenots and Catholics appropriated the identity of the ancient Israelites of the Hebrew Bible in the midst of the sieges (and other military engagements) of the French wars of religion. His first article, “The Protestant Israelites of Sancerre: Jean de Léry and the Confessional Demarcation of Cannibalism," appeared in the Journal of Early Modern History in 2014.

Duker's work, “The Hermeneutics of Emotional Restraint: Calvin’s Pastoral Theology of Imprecation in Comparative Context," was awarded the Carl S. Meyer Prize, the highest honor awarded by the Sixteenth Century Society and Conference (SCSC) to an early career scholar for research presented at the SCSC, though not necessarily every year. Duker has received a number of large external research fellowships, including the Fulbright Fellowship, Bourse de la Confédération Suisse (Swiss Government Fellowship), and the Bourse Marandon. He also holds master's degrees from the University of Notre Dame and the University of Arizona. He received his BA (magna cum laude) from the University of California, Berkeley.

Publications
Articles
“The Protestant Israelites of Sancerre: Jean de Léry and the Confessional Demarcation of Cannibalism,” Journal of Early Modern History 18, no. 3 (2014): 255-286.

Other Prizes, Awards, and Distinctions