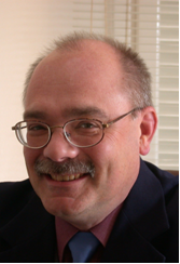 Position
Professor of Practice and Director of the Research Institute for a Sustainable Environment (RISE)
Department
Department of History
Email
tutwiler@aucegypt.edu

Richard Tutwiler is professor of practice and director of the Research Institute for a Sustainable Environment (RISE) in the School of Sciences and Engineering. He was a research professor and director of AUC's Desert Development Center (DDC) since 2001. Prior to becoming director of the DDC, he was program leader in natural resources management at the International Center for Agricultural Research in the Dry Areas, headquartered in Aleppo, Syria. Tutwiler, who has spent over 26 years living and working in in the Middle East and North Africa, has a keen interest in food security, environment and sustainability issues. Author of numerous publications on sustainable development, Tutwiler was a co-winner of the Consultative Group for International Agricultural Research Chairman’s Award for Outstanding Scientific Article in 2000. His current research activities include desert development in Egypt and water management in the Nile Basin.

Tutwiler earned his BA in cultural anthropology from Macalester College and his MA and PhD degrees from the State University of New York at Binghamton, where he also earned graduate diplomas in Middle East Studies. As an undergraduate, he spent a year studying at The American University in Cairo. Tutwiler has served as a consultant to numerous international development organizations, as well as national governments and private agencies in the Middle East and North Africa. Tutwiler is also active in community service, and is a former chair of the Board of Trustees of Cairo American College. Tutwiler received the President’s Distinguished Service Award of The American University in Cairo in 2008.